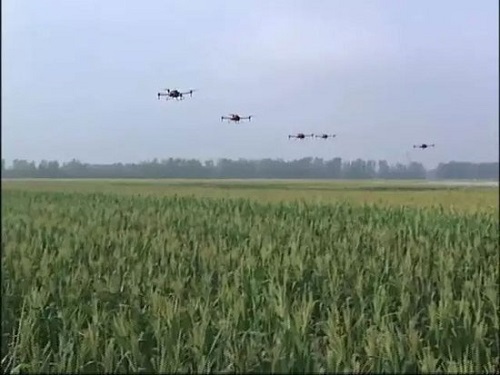 In the past four months, snails have ravaged the corn fields in Lu County, Liaocheng and other places in Shandong Province. There are 20 to 30 snails on each serious corn plant. They can crawl through the corn and eat whole corn, which has caused local corn production to decline year after year. About 40 percent. In fact, as early as the autumn harvest season in 2011, the snails in the corn fields in Liaocheng, Shandong Province have already become a disaster. However, to this day, how the snails come from and how to eliminate them is still an unsolved mystery.

The village "into" snail army

Dong Sunzhuang, a small village with 1,400 acres of farmland, appears to the surrounding villagers as having an identity, which is the birthplace of nearby snails. The villagers and snails here have been fighting for eight years. Within the area, no one family has been spared. From year to year, where snails come from is always a mystery.

According to local villagers, eight years ago, snails suddenly appeared in corn fields after a few heavy rains, and as long as there was a large amount of rain, the corn would immediately face the threat of total production.

According to observations, the snail's biological clock is just the opposite of humans. Dew at 8:00 pm is the horn of snails rushing out. The 8:00 in the morning is a signal that snails are rushing to collect troops. The villagers catch snails, often organizing the whole family to hold a flashlight at night and catching their eyes. It is too difficult.

A pair of corn, two generations of snails, can be described as a companion, the first generation is responsible for eating corn ear, prevent corn pollination. The second generation was responsible for biting off the ripe corn that had escaped the "devil palm" and biting the corn leaves from green to white, which was in vain in the loss of photosynthetic maize growth. Snails crawl through the white imprints left behind, which are highly viscous and easily won't fade. This creates a â€œhighwayâ€ for the snail family on corn plants. The army of snails follows this path.

At present, the elimination of snails can only rely on drug defense and manual arrest. Considering that the UAV promised free this year, the villagers tried drone fight drugs. As a drone was lifted, the drone team showed off their formation team and seven aircraft lined up. This made the on-site villagers feel full of addiction. It seems that they have forgotten the existence of snails.

Seven drones took 3 hours to spray 20 acres of corn, which is much faster than manual spraying. But unfortunately, the snail breeds rapidly and endlessly. The sprinkling of pesticides can avoid the outbreak of production, but it also avoids the loss of production. The 3-40 per cent reduction in production costs and the cost of spreading the pesticides have resulted in the loss of three or four thousand pieces each year. Homely meals. Although drones have been used for drug prevention and control this year, it is possible to solve the situation of a momentary time. However, snails are bound to make a comeback next year.

The snail dilemma of the past eight years has not only not been cracked, but has intensified in recent years. Where does the snail come from? Why does it never stop? Farmers who have always plagued Liaocheng.