September 24, 2019
90% of current welding robots work in "Teaching Reproduce" mode, and a few work in trajectory planning mode. During the welding process, there will be some errors between the torch and the center of the weld, and the welding process is a complex, non-linear process with many disturbing factors, such as thermal deformation, undercut, misalignment, and changes in the weld gap of the welding workpiece. It is unpredictable that these factors will directly affect the quality of welding. On the basis of â€œTeaching Reproduceâ€ or trajectory planning applications, real-time weld rectification can further improve the welding accuracy, and is particularly suitable for the production of workpieces that are difficult to control by automatic welding such as easy deformation and complicated assembly in auxiliary engineering. In this paper, in the context of the butt welding of a 2 mm thin sheet of LF6 aluminum alloy material for a new spacecraft fuel tank, a weld tracking test is performed on flat straight seams and flat flanges for the pulsed tungsten inert gas shielded welding (GT AW) welding method. The traditional "teaching and reproducing" type robot is developed into an arc welding robot system with real-time weld seam tracking.

Taking into account the weldability of the LF6 aluminum alloy sheet, the AC pulse welding was used for the welding. The pulse frequency was 2 Hz, the base current was 50 A, the peak current was 125 A, and the welding speed was 2. 6 mm/ s.

1.2 Image Acquisition and Processing 1) Opening the small window analysis method uses â€œsmall windowâ€ to obtain the weld feature information. A small window of 100 framesÃ—120 frames is opened in the weld area. Only the images in this window are processed. This window contains the feature information needed to perform weld tracking, which in turn reduces a lot of unnecessary image information. Both the CCD camera and the wire feed nozzle are fixed on the welding torch. That is, the relative positions of the welding torch, tungsten electrode and wire feed nozzle in the image plane are not changed. At the same time, the axis of the CCD camera, the axis of the torch and The weld seam is adjusted to the same plane. Thus, the projection of the axis of the welding gun on the image plane is a horizontal line, which provides a convenient condition for follow-up tracking.

2) Image Processing Algorithm In the experiment, the upper and lower edges of the weld were first extracted, and after the pseudo points were removed, the least square method was used to fit the center line of the weld. The image processing algorithm flow mainly includes image restoration, median filtering, edge finding, pseudo-point removal, and least-squares fitting.

The inverse filter method is used for image restoration. At the same time, the 3x3 template median filter is used. The gray value of the current pixel is obtained from the median value of the pixel gray value of its 8 neighborhood.

After observing and analyzing the image, it was found that the gray level of the weld seam edge changes greatly compared with other areas. Therefore, the edge point of the weld is determined according to the rate of change of the gray value, that is, the two points with the greatest change in rate in each column are the upper and lower edge points of the weld. This type of edge detection algorithm is based on the characteristics of a 2 mm thin plate. No groove makes the large gray scale change at the weld seam easy to capture in the entire image, and the smaller calculation amount of such an algorithm will not affect the Real-time image processing.

An alarm is a device for issuing an alarm signal.A signal used to issue a warning, a warning, and an alarm.Air defense warning refers to the alarm system set up during the war to prevent enemy air attacks.It is an important part of urban air defense works, which is a warning of air defense when the city is threatened by air strikes.

FBELE is With the strong R&D, Production, Marketing/Sales, and FAE Teams, we extended its acoustic territory aggressively and sets up the completed marketing channels to provide customers with fast and professional customization as the main consultant for the customers regarding any acoustic needs.

piezo alarm,Piezo Siren product from FBELE is with best quality in China 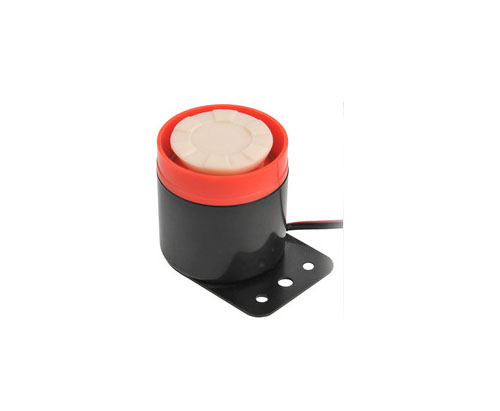