September 22, 2018
Dr. Ye Zhizhen, professor, doctoral tutor, director of the State Key Laboratory of Silicon Materials, deputy dean of the School of Materials and Chemical Engineering of Zhejiang University, director of the Nanotechnology Center of Zhejiang University. Member of the National Electronic Materials Committee, member of the National Semiconductor and Integration Technology Committee, member of the China Nonferrous Metals Semiconductor Materials Committee, member of the National Semiconductor Physics Committee, and vice chairman of the Zhejiang Nanomaterials and Application Association. Deputy Director of the Academic Committee of the Key Laboratory of Functional Materials for Construction of the Ministry of Education of the People's Republic of China; Editorial Board of the Journal of Semiconductors, Materials Science and Engineering. In 1992, he was awarded the Outstanding Young Teacher Award of Zhejiang University, and was awarded the Outstanding Young Teacher Fund of the State Education Commission in 1993. In 1994, he was awarded the National Advanced Worker of the State Key Laboratory and won the â€œGolden Bull Awardâ€. In 1995, he was selected as the first batch of Zhejiang Province. â€œYoung and middle-aged academic leadersâ€ were rewarded; in 1996, they were selected into the â€œCross-Century Excellent Talents Training Programâ€ of the Ministry of Education; in 1997, they were selected as the first and second-level training programs of the â€œ100 Million Talent Projectâ€ and Zhejiang 151â€ talents. The first-level talent plan of the project; the special allowance of the State Council in 1998; the first prize of Zhejiang University Excellent Graduate Instructor in 1999, and the special professor of Zhejiang University in 2005. Ye Zhizhen was born in Pingyang County, Zhejiang Province in 1955 (now Cangnan) In the spring of 1978, he entered the Electrical Engineering Department of Zhejiang University. When he walked on the campus of Zhejiang University on the first day, he once positioned himself: "I didn't come to Zhejiang University for a career, but for a career. In 1981, Ye Zhizhen applied for a master's degree and worked on photoelectric technology research. Three years later, he studied under the doctoral degrees of Dong Taihe and Tang Jinfa for a doctoral degree in optical film. In the winter of 1987, Ye Zhizhen from Zhejiang University The Department of Optical Instruments received his Ph.D. and became the first Ph.D. student in the discipline of optical instruments in China. At that time, he had achieved important innovations in the new technology of optical film, and won the first prize of scientific and technological achievements of Zhejiang universities and the scientific and technological progress of Zhejiang Province. The third prize and the third prize of the State Education Commission's third prize for scientific and technological progress have laid an important foundation for future research and development. From the undergraduate motor major to the master's optoelectronic technology, the doctor's optical film, it has spanned three disciplines. Later, at the time, Professor Zhu Duolin, the academic leader of the State Key Laboratory of Silicon Materials of Zhejiang University, and the former Vice President of Zhejiang University, personally invited him to work on the research of semiconductor thin films, a key material in microelectronics technology. With the intersection of motor, optical engineering and thin film technology. In the academic background, he gradually showed his advantages in the research of semiconductor materials. In the 21st century, information, energy and materials are the three leading disciplines. Materials are the cornerstone of the information industry, and the technological revolution in the development of semiconductor thin film technology lies in the fact that materials can be artificially designed, and materials are prepared according to the atomic arrangement structure pre-designed by the scientific and technical personnel to achieve the desired performance. Professor Ye is engaged in Semiconductor thin film research, I hope to make a breakthrough here. As a middle-aged academic leader of the national key disciplines of materials physics and chemistry (semiconductor materials), Professor Ye Zhizhen has opened up silicon-based films, new semiconductor thin films and optoelectronic devices and nano-semiconductors. Researching new directions and making outstanding achievements, scientific research can be described as fruitful: - undertake and complete the "Information Function Materials" and "973" topics of the Ministry of Science and Technology of the "10th Five-Year Plan"; preside over and complete the National Natural Science Foundation Photoelectric Functional Materials One major project of major special projects; participated in and completed one major project of the National Natural Science Foundation of China; undertaken and completed more than 20 provincial and ministerial projects such as the National Natural Science Foundation of China, the Doctoral Fund of the Ministry of Education, and the Ministry of Education; Natural Science Foundation ZnO Key Projects Key Projects, National Fund Projects and There are 5 projects in Zhejiang Province. - Nearly 50 national patents have been filed, 15 invention patents have been granted, and 12 new utility patents have been issued. - More than 260 academic papers have been published in domestic and foreign journals, and more than 100 academic conference papers at home and abroad. In the article, more than 120 papers were included in the international authoritative SCI, 22 international authoritative journals (influencing factors greater than 3.0), and more than 130 articles in EI; the papers were cited more than 300 times by domestic and foreign counterparts, and were invited to report at domestic and foreign academic conferences. More than 30 times, it has had an important impact on the international market. - Designed and created a number of large-scale semiconductor thin film growth equipments such as ultra-high vacuum CVD and MOCVD with independent intellectual property rights in China, and established a world-class semiconductor thin film experiment. â€”â€”There are 4 internationally advanced scientific research results certified by the provincial and ministerial level; the results have been promoted and applied nationwide, and have produced significant benefits; one has won the second prize of Zhejiang Science and Technology, and the third prize of provincial science and technology. One of the first prizes of natural sciences in Zhejiang Province.

1. USB Type-C Interface Socket Side Of The Size Of About 8.3mm Ã— 2.5mm Slim Design;
2. Like Apple'S Lightning Interface, The Front And Back Of The USB-C Port Are The Same. That Is, No Matter How You Insert This Port Is Correct. Users Do Not Have To Worry About The Traditional USB Port Brought About By The Pros And Cons.
3. USB Type-C Interface Design Is Compatible With A Variety Of Transfer Functions, Such As USB HUB, Usb Card Reader, Gigabit Ethernet And USB Adapter. 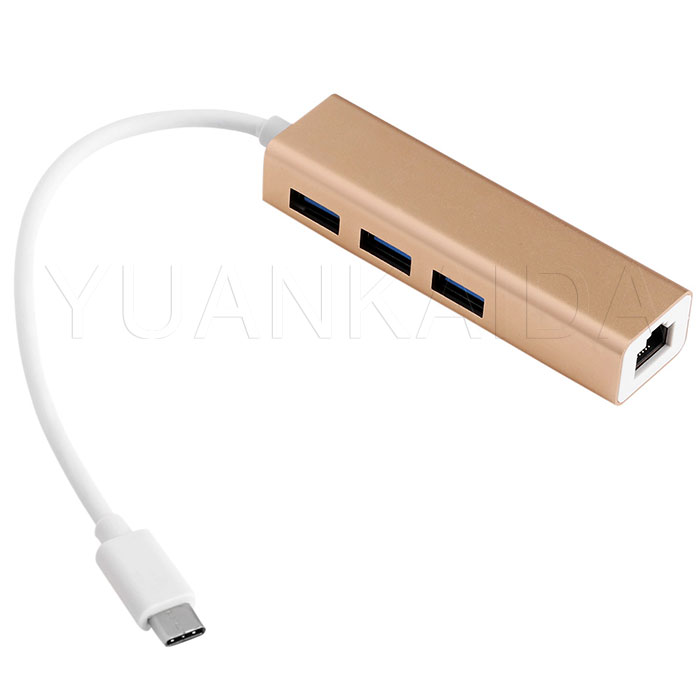 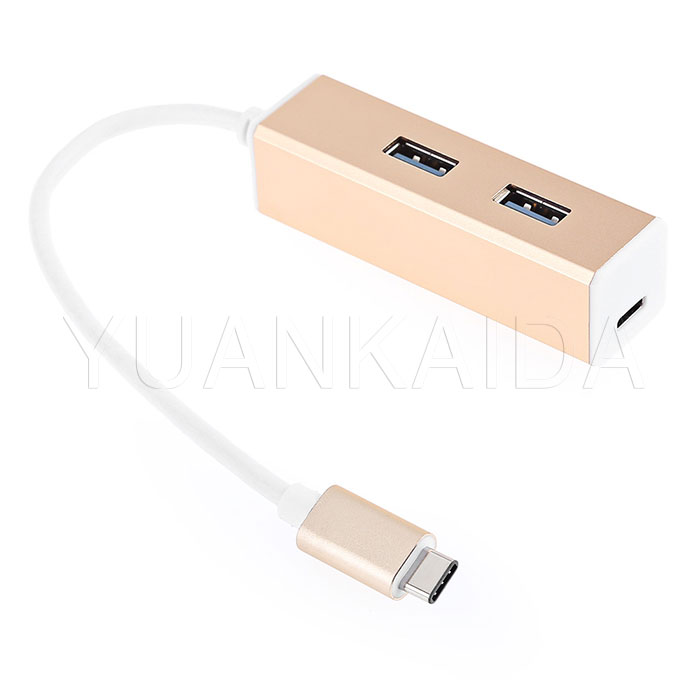 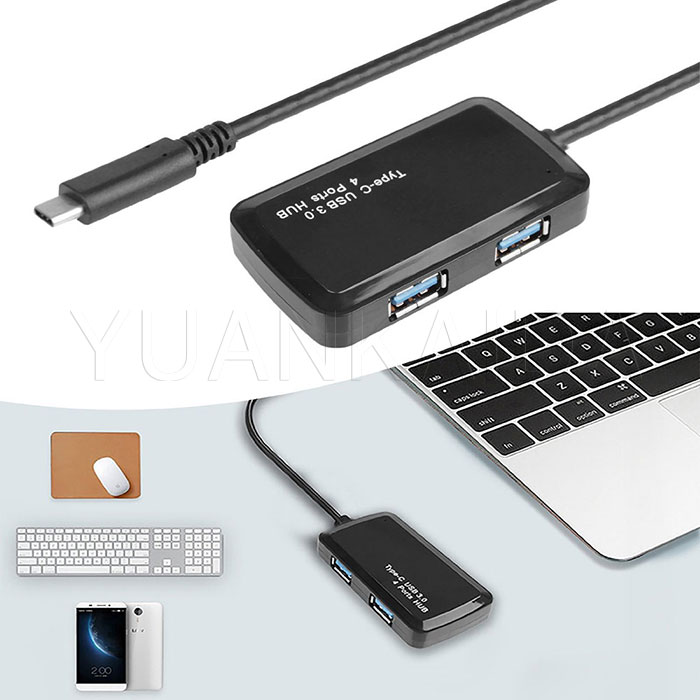