Photovoltaic companies have 4 tricks for winter 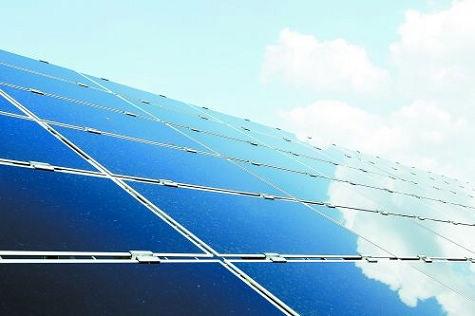 In terms of economic development this year, it is very difficult for all walks of life to squat. Of course, the photovoltaic industry is no exception. How to spend the winter, here are 4 suggestions:

Trick one: Data on layoffs and production cuts show that the debt of the top ten Chinese PV companies has accumulated over RMB100 billion, and the debt ratio is over 70%. In response to strong economic pressures, some companies have had to lay off workers and cut production. Although it is really helpless, but in the company's hard-won, but it is also not a bad idea to survive.

Representative companies: Suntech Power, Trina Solar On September 12th, Trina Solar also stated that the company is implementing a streamlined institutional plan, which will involve layoffs among 1,850 management staff, with about 200 layoffs.

On September 17th, Suntech Power announced that it will cut the production capacity of 1/4 photovoltaic cells and that 1,500 employees will be â€œmostly resigned.â€

Trick 2 : Selling land In ancient times, the wealthy children who fell in the middle of the family often sold their land for sale in times of economic hardship. This ancient method is still not uncommon today. And to a certain extent, it's better to have to sell than not to sell. Because some people may be because of this sum of money can make their career come back to life. But if the winter is too long, who can expect results?

Lerivi began investing in real estate in the sub-industry long ago, but perhaps Lerivi himself did not expect that one day it would be necessary to overcome these difficulties by selling these sub-sectors. On September 17, LDK Solar announced that the company has transferred some real estate properties and land use rights to the local government. Only the transfer price was lower than the companyâ€™s initial evaluation price, which resulted in a loss of US$30.5 million.

Trick 3: Overseas establishments & overseas OEMs Faced with the anti-dumping sticks held up by the United States, Chinese PV companies, in addition to actively defending themselves, have another way to deal with them. They are setting up overseas factories or transferring orders to overseas factories. To avoid high tariffs. Because compared to the overseas layout of the photovoltaic giants, more photovoltaic companies have no conditions at the moment (the financial pressure is huge) to go overseas. Therefore, the transfer of orders became an alternative.

Representative companies: Yingli, Suntech Power, Zhongsheng Optoelectronics In mid-October, Yingli Green Energy disclosed that the company will become the exclusive supplier of the largest PV power plant in Latin America. Ms. Miao Liansheng, chairman and CEO of Yingli, believes that with the demonstration effect of this project and the identity of the Brazilian World Cup sponsor in 2014, Yingli is expected to develop better in the South American market in the future.

Suntech also said that thanks to its strong position in the global supply chain and sales channels, it can still avoid punitive tariffs through production capacity outside of China.

Zhongsheng Optoelectronics stated that in the first quarter of this year, the company had handed over some of its US orders to its Taiwanese counterparts for help. However, the cost of overseas OEMs is about 8% to 10% higher than the lower domestic costs. And now, many photovoltaic companies only have this gross margin.

Trick four: Vice-sector rescue enterprises a few years ago, the glory of the photovoltaic market has created many rich myths, Yingli, Suntech is the founder of these myths. When the halo of photovoltaics receded, we discovered that some of the sideline industries that they had already laid out were equally important. Although these sideline industries may not have the power to lead PV companies out of the winter, they can also provide the photovoltaic giants with the warmth to resist the winter, in particular when these sideline operations are doing quite well.

To find a policy that suits their own business, this year's winter will see the photovoltaic industry welcome its warm spring.

We  make OBD connector with terminal by ourselves, soldering type and crimping type are both available. Such as 16pin obd connector. OBD1, OB2, J1939, J1708, J1962, etc. Also molded by different type, straight type or right-angle type. The OBD connector cables used for Audi, Honda, Toyota, BWM, etc.  We have wide range of materials source , also we can support customers to make a customized one to replace the original ones.