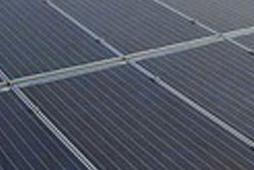 In recent years, the rapid development of China's photovoltaic industry has formed a relatively complete photovoltaic manufacturing industry system. The current major problems are: a serious overcapacity, over-reliance on external demand, and general business difficulties. However, the photovoltaic industry is a strategic emerging industry. The development of the photovoltaic industry is of great significance to adjusting the energy structure, promoting the reform of energy production and consumption methods, and promoting the construction of ecological civilization. The meeting proposed that, in accordance with the ideas of innovation of institutional mechanisms, improvement of policies and measures, expansion of consumer markets, regulation of market order, promotion of industrial restructuring, and reduction of power generation costs, overall consideration should be given to comprehensive consideration in order to increase industrial competitiveness.

The supporting policies have been launched one after another. The policy information supporting the photovoltaic industry has been gradually introduced. The total installed capacity of photovoltaic power generation in the 12th Five-Year Plan has also been raised. A series of supportive policies such as photovoltaics to the countryside will also be gradually launched.

Wu Dacheng, secretary general of the Photovoltaic Committee of the Chinese Renewable Energy Society, said that the government is currently drawing photovoltaic applications through multiple projects. Among them, only distributed photovoltaic power generation may exceed 20 GW by 2015, and the cumulative installed capacity in 2015 is expected to reach 40. Giva. Wu reached an estimate that the installed capacity of photovoltaic systems in the next five years and ten years will greatly exceed the current total goals.

According to Wu Dacheng, the regulatory authorities are working out three important detailed measures for the photovoltaic industry: "Distributed Power Generation Management Measures", "Guidelines for Promoting Photovoltaic Development" and "Distributed Power Generation Demonstration Area Implementation Measures and Standards for Electricity Price Subsidy". All three methods will give the photovoltaic industry support in policy.

With regard to subsidy funds, in addition to the 7 billion yuan allocated by the central government, 3157 megawatts of photovoltaic power generation demonstrations are supported. In 2012, the central government allocated a total of 13 billion yuan in funds, and the total scale of domestic applications for photovoltaic power generation was 5,200 megabytes. watt.

It takes time to get out of the dilemma and it is still a time of freezing. The plight of China's photovoltaic industry stems from the bitter consequences of years of unorderly development and blind expansion.

Under the â€œfour trillionâ€ stimulus plan and the central and local strategic emerging industries revitalization plan, in just a few years, more than 300 cities in China announced their commitment to the development of the photovoltaic industry, and more than 100 cities will build photovoltaics. Industry Base.

In addition, the United States and Europe have started a â€œdouble counterâ€ investigation of Chinaâ€™s photovoltaic industry. This is tantamount to a fatal blow to the Chinese PV industry, which relies heavily on exports.

On the one hand, it has long been a surplus of production capacity. On the other hand, it is the ever-shrinking export market and the great trading boom. As of December 2012, the price of PV modules has dropped from US$3.8/watt before 2008 to the current US$0.6/watt.

China's photovoltaic industry is in a mess. According to statistics from China Non-ferrous Metals Industry Association Silicon Industry Branch, three of the seven polycrystalline silicon companies listed on the A-share market have stopped production. From a national point of view, among the 43 polysilicon companies that have already put into production, only 7 to 8 companies are still under construction. The rest have closed production lines and the production rate has exceeded 80%.

â€œThe problems brought about by the blind expansion in recent years must have a digestive process. Even if there are national support policies, many companies will inevitably be eliminated and the photovoltaic industry in China will be out of the woods.

If you are looking for UL cUL Class 2 Ac-Dc Power Supply, ZhenHuan Group can help you. We offer the complete Class 2 power transformer solutions covering a output power ranging from 4.2 Watts to 100 Watts and beyond with output voltages and currents ranging from 4.2VDC to 48VDC, 100ma to 5000ma. Our wall plug type and desktop type class 2 Power Supply are designed to meet safety and international UL 1310 safety standard, also meet the latest energy efficiency Level VI standard.