Jiangmen LED wants to open up the Brazilian market 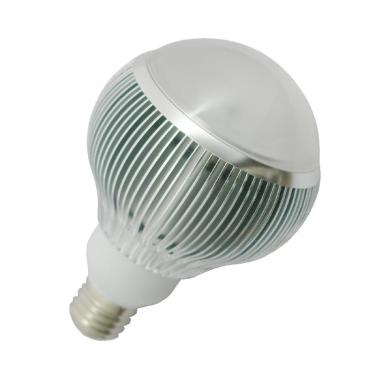 On December 13th, Jiangmen City Economic and Trade Bureau held a conference sharing meeting for â€œBlending into Emerging Markets in Brazilâ€. Jiangmen entrepreneurs from Brazil and local Jiangmen entrepreneurs, officials and scholars discussed the future of Jiangmenâ€™s LED industry in the world. . It is reported that Brazil is about to become the focus of Jiangmen enterprises to open up the market.

Although the overall market sales of Jiangmen's LED industry have not been obtained yet, Ren Anliang, deputy director of Jiangmen City's Economic and Credit Bureau, remains cautiously optimistic about the development of LED companies in Jiangmen. Although the overall sales growth rate has declined, the market still maintains. The rapid increase in the 25% increase.

According to Ren Anliang, in 2009, there were only 90 LED companies in Jiangmen, but by 2011, the number had changed to more than 300, and the output value had also increased from 9 billion yuan to 16 billion yuan. The total number of related LED industry companies More than 1,000 companies are listed, including listed companies such as Deli Optronics, Neo-Ningli, and Keheng, as well as Jin Wright, which is currently on trial for listing.

â€œIn the future, Brazil, the biggest business opportunity is the holding of three major international events.â€ According to the person in charge of the International E-commerce Platform Global Market Group, these three major events include the 2014 World Cup, the 2016 Olympic Games, and the 2020 World Expo. In the future, more and more goods will be continuously shipped from China to Brazil.

Hong Yannan introduced that Brazilâ€™s tax burden is also a major feature. If products are sold to Brazil in the form of finished products, the minimum tax burden is as high as 50%, and the highest one can reach 100%.

Regardless of market rules, it is also the most frequently encountered in business operations. Hong Yannan said that because Brazilians are lazy, many things that were originally determined have often been placed as â€œpigeonsâ€ in the end, and repeatedly.

"Going in" can take root

Unlimited business opportunities, how to grasp? Hong Yannan believes there are two main roads: going out and going inside. Going out is to do a simple export trade, but this kind of profit is very low; when you go in, you set up factories in the local area and set up coalitions with local companies. The tax burden is reduced and profits are high.

Hong Yannan believes that if Jiangmen enterprises want to take root in these emerging markets in Brazil, the long-term plan is to â€œwalk inâ€ and make channels in the local area to take root. According to reports, the tax burden on local production is only about 10% compared with the lowest taxable rate of 50% for finished products entering Brazil.

As for product requirements, relevant person in charge of Global Market stated that because Brazilâ€™s official language is Portuguese and English is less applicable, the first thing to overcome is the language barrier. At the same time, Brazilâ€™s public places and families often supply two sets of voltages ( 110 volts and 220 volts, so the product must meet their needs.

According to reports, Brazil is still a "state on the Internet." Internet users account for about 50% of the country's total number, so the e-commerce platform is also an important marketing tool for Jiangmen companies to enter Brazil in the future.

High efficient charging speed for Samsung laptop, stable current outlet can offer power for the laptop at the same time charge the laptop battery. The best choice for your replacement adapter. We can meet your specific requirement of the products, like label design. The plug type is US/UK/AU/EU. The material of this product is PC+ABS. All condition of our product is 100% brand new.