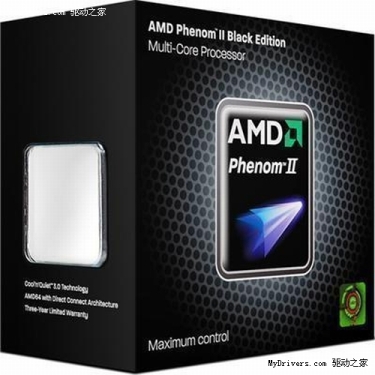 The Phenom II X2 570 BE development codename, Callisto, is also based on Deneb Phenom II X4 quad-core shielded from two cores, there is the potential for open nuclear, and is also a black box version, not locked multiplier.

According to the previous roadmap, this will be the end of the Phenom II X2 500 series and will also be AMD's fastest dual-core product ever, with a price of around $120.