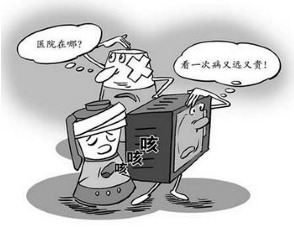 Recently, there have been continuous reports on the Internet that the â€œDetails on the Safe Use Period of Appliancesâ€ have been or will be introduced. However, the National Household Electrical Appliances Standards Committee home appliance quality inspection center stakeholders subsequently rumored that the online rumors of the so-called "details" in fact, as early as 2009 has been submitted to the National Standards Committee for approval, but has not yet been approved for implementation. "Home Appliance Lifetime National Standard" is related to the life safety of consumer property and the determination of accident liability. It has received many expectations, but this national standard is still difficult to produce.

It is understood that the â€œGeneral Requirements for the Safe Use of Household Appliances and Similar Electrical Appliances and Recycling Useâ€ has been officially implemented since May 1, 2008. However, the "General Rules" only put forward the labeling principles and framework for the safe use of home appliances. It is recommended that manufacturers mark the period of safe use of their home appliances, and it is not clear how many years the "life span" of various types of household appliances is, resulting in "General". Lack of mandatory binding.

The reporter randomly visited several shopping malls in the city and saw that in the instructions for the sale of home appliances, basically only the warranty period was indicated, but the period of safe use was not indicated. For example, Haier air conditioning machine warranty for 10 years; Pentium rice cooker warranty for 1 year; Fangtai gas stove machine warranty for 5 years. "This is not set to die. It is certainly no problem to use it for 10 years or so. You don't have to worry about it," said a home appliance salesman.

In addition, the reporter learned from the interview that there are also some reports about the service life of home appliances in the industry, for example, color TV 8 to 10 years; 9 years of electric iron; 18 years of electric heating stove; 8 years of electric blanket; 10 years of rice cooker; 13 to 16 refrigerators Year; personal computer for 6 years and so on. However, these are only "for reference only" and are not binding on manufacturers and consumers.

Since there is no mandatory â€œnational standard for household appliancesâ€, it is also difficult to define the responsibilities for the internal and external use of appliances during safe use. Once an â€œolderâ€ home appliance has an accidental dispute, it is difficult to handle it.

The reporter searched on the Internet and found that in recent years, accidents such as explosions and spontaneous combustion of â€œolderâ€ home appliances have been exposed in various places. â€œNanjing is no exception.â€ According to the relevant person from the City Association of Consumer Affairs, the current consumer habits of most consumers in China are: as long as they can continue to use them, â€œolderâ€ home appliance service is more common. When Nanjing's famous consumers went out to buy food last year, their washing machines were still washing clothes. But when he came back, the clothes had already been burned and the washing machine was burned. Consumers believe that the problem is the quality of the washing machine, but the manufacturer claims that it has passed the warranty period, and it is not their responsibility to re-accident. After repeated mediation by the Consumers Association, the manufacturer compensated the consumer 2,000 yuan.

Analysis: "lifespan" is difficult to verify, and the division of responsibilities is controversial

Analysis of the industry, "Home Appliance Life GB" dystocia, on the one hand, because of the existence of technical difficulties in verifying the safe use of home appliances. The functional structures of various electrical appliances are different, and the actual environment, methods, and frequencies used vary widely. On the other hand, the benefits between consumers, home appliance manufacturers, and even the industry are more difficult to balance.

"From the situation we know, in fact, manufacturers also hope to be able to set the national standard for home appliance life early, and the mandatory expiration will not be more conducive to the promotion of production and sales?" Gao Ping, secretary-general of the Municipal Association of Appliance Industry Association, believes that the problem is, It is impossible for you to force consumer appliances to expire. However, it is obviously unfair if the manufacturer is only required to assume full responsibility within the safe use period. Because, the manufacturer has fulfilled a warranty obligation. The warranty period and the safe use period are two concepts and cannot be superimposed on the manufacturers.